Norwegian Expo turns out to be a grand success!

With the merry event of Jashan-e-Riaz 08, glad tidings come across from the European Continent, as the MFI International Team return to England with more than just satisfaction to boast about.

The Chief Executive of MFI, HH Younus AlGohar, exultingly expressed, "Norwegian people are very open, receptive and they do not argue".

"It was just brilliant", says Saint Steve, who was one of the main speakers at the event. "We were not aware of the surroundings, but when we met the people, when they accepted, we felt it was home".

A pleasant day to all readers and a merry Jashan-e-Riaz!
Posted by NYounus AlGohar at 15:27 No comments: 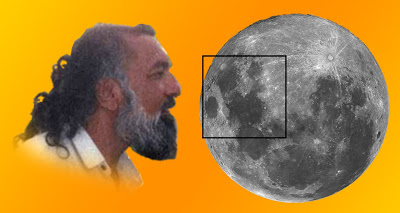 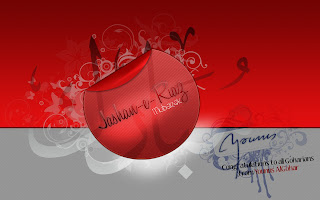 A very merry Jashan-e-Riaz to you all!
Heralding the 25th November of 2008! The Grand Anniversary of The Awaited Mehdi's Arrival into the world.
Posted by NYounus AlGohar at 13:52 2 comments:

His Holiness Imam Mehdi Gohar Shahi in the mirror of our observation! 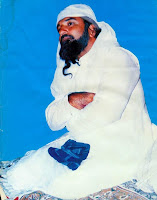 Some Muslims say that they want to recognize Imam Mehdi in the light of Hadith. Beware, most hadith contradict each other, and their authenticity is questionable. Because of this contradiction, it is almost impossible to determine the authenticity of any hadith. Today, we do not have any original hadith from the times of Prophet Mohammad, and these books of Hadith were published by the clerics who oppose each other on sectarian grounds, and declare each other as Kafir, Munafiq and Murtid. God sent Gabriel to protect the text of Quran, and these Hadith were published, sorted and printed without the guidance and protection of Gabriel. These Hadith are not trustworthy anymore, for clerics have modified it from time to time. Since, the Hadith are not worthy of placing the trust on, therefore, God has manifested His signs in the horizon and in your beings, so that you may see it with your eyes, and feel it through your personal senses. These divine signs are foolproof, and man cannot interfere with them.
The translation and explanation (Tasfeer) of the Holy Quran also has been tempered with. Even the Quran has been made subject to mischief. When the Holy Quran has been made subject to mischief, the Hadith suffered a mightier blow than the Quran in terms of alteration and modification. Perhaps, this is what the Poet of the East Iqbal said: The Era of Hadith is history now. I ask you now, whether you would listen to different opinions of the people or would you prefer God's signs to recognize Imam Mehdi?

People exclaim, "Never in the history, image of any prophet or any saint appeared on the Moon, the Sun and the stars! Why has it appeared now?” I say, “Because Imam Mehdi didnt appear before”. Since Imam Mehdi has come now, therefore, God's Signs have manifested now. Had Imam Mehdi had come in the past, such signs would have definitely appeared. In the Arabic text of the Hadith, the Awaited One has been titled with Imam Mehdi, and Mehdi means ‘the one of the moon’; most people wrongfully regard it as Mahdi, which means ‘the Guided one’. Because Mehdi means ‘the one of the Moon’, therefore, Imam Mehdi's image has appeared on the Moon, however, image of His Holiness Gohar Shahi has appeared on various other planets and objects also to clarify and strengthen the belief of the masses. Being from the Family of Prophet Mohammad or His daughter Fatima isn’t a big deal, for there are millions of such people who claim to be Sadat. Being connected with Mohammad's celestial gathering isn’t a big deal either, for there are thousands of individuals who have access to it. Access to Loh-e-Mehfouz isn’t a big deal either, for this also is very common. Speaking with God, and seeing God in person isn’t a big deal either, because there have been so many saints who have acquired it. Extra-ordinary is the Personality who is being introduced on cosmic level, and all religions bow their heads before Him, and This is Imam Mehdi.

When the people of knowledge read the Quran, they exclaimed, ‘Nay, it isn’t human text’. They recognized the divine text, therefore, they believed in the Prophet Mohammad. Now the Prophethood is terminated, and no Prophet is to come. No celestial Book is to come. Is there any other way or means for the humanity to recognize Imam Mehdi for except with the assistance of these divine signs? All celestial books foretold of the future books and future personalities. Similarly, the Quran also foretold the divine signs that would precede the emergence of Imam Mehdi, and reveal the personal identity of Imam Mehdi's persona.

Those who acquired the Mystical knowledge as well as the outer knowledge, they became spiritually and intellectually enlightened. But those who restricted themselves to the outer knowledge only, they were unable to comprehend the true meaning of the religion and word of God. Such individuals were deprived of God’s love, and Spiritual connection with God. Their self-created perception about the religion misled them. Inability to comprehend the word of God, led them into divisions into the religion. This is how sectarianism started.

The Mystical Knowledge has become extinct. Therefore, people shun its quest. As a result of this, people separated and distanced from God.

I want to revive the Mystical Knowledge again. I want to revolutionize the humanity with Divine Love.